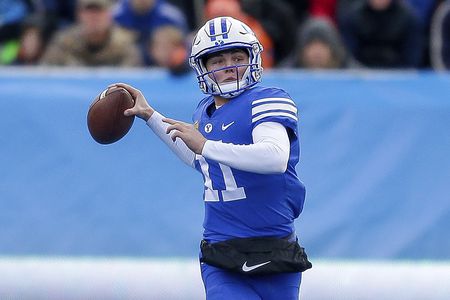 College football is back.

After last weekend’s Week Zero soft launch to open the 150th season of the sport, things kick into high gear beginning Thursday night with five straight days of games. As usual, we will have our picks against the spread for each day this long weekend, and for the entire season.

Here are our picks for Thursday:

Georgia Tech (+37) at No. 1 Clemson, 8: Geoff Collins has brought a tremendous amount of early recruiting success and excitement to Georgia Tech. But what will be really impressive is if he can keep the good vibes going during what will likely be a bumpy transition year as the Yellow Jackets move away from former coach Paul Johnson’s flexbone offense. Tempting to take the two extra points and roll the dice the Tigers keep this at a five-touchdown spread, but Clemson is just too strong. Pick: Clemson.

South Dakota State (+13) at Minnesota, 9: This could get tricky for the Golden Gophers. The Jackrabbits are a preseason top-5 FCS squad coming off a trip to the national semifinals a year ago. SDSU is 1-8 all-time against FBS opponents (it beat Kansas in 2015) but it has been competitive in several of those contests, including a three-point loss at Minnesota in 2009. Pick: Minnesota.

No. 14 Utah (-6.5) at BYU, 10:15: The best game on the Thursday docket is The Holy War. Utah has received plenty of buzz as a serious Pac-12 title contender, but this is not an easy test out of the gates. The Utes have won eight straight in the series, but seven of the eight games were decided by eight points or fewer. BYU coach Kalani Sitake sits on a warm seat and his first win over Utah would go a long way toward an extension. It’s a game the Cougars really need to get, and we have a hunch they get it – or come awful close. Pick: BYU.