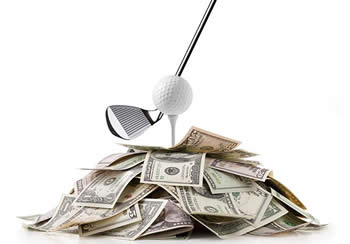 Once again the PGA Tour season rolls over and we start to glance at the upcoming schedule to figure out which golfers underperformed and are sleeper picks for 2020 and which new PGA Tour rookies are worth looking at for either full season fantasy golf leagues or for spot starts in DFS lineups in either tournament or cash games.

Some guys from our list last year such as Adam Scott and Matt Kuchar we solid sleeper picks and we did well with our rookie sleepers as well with Sungjae Im living up to expectations and becoming a young star on the PGA Tour.

Our sleeper picks and rookies are guys that we think will break out and play well all year but if you truly want expert sleeper picks each and every tournament you should do what we do and follow the guys at GolfStats.com. Their research and picks for each tournament are solid and over a full PGA Tour season you will make money if you follow their picks and stay consistent. For DFS you can excel at cash games and maybe win out some of the bigger tournaments that the main daily fantasy golf sites offer.

Join Golfstats.com and get a bonus deal on a full year membership when you use the GOLFSTATS Promo Code GOLFBONUS

Jordan Spieth – Spieth was a sleeper pick on our list last year and although he showed flashes of getting back to an elite level he ultimately finished about the same in the money earnings as the year before. He plays in all the majors and WGC’s and he is too good not to break out again so he is worth a fantasy golf pick for season long leagues and for DFS he is still going to be a factor in many tournaments.

Jason Day – Day started last year off making Top 10’s everywhere and then somewhere after the Masters Tournament the wheels came off. Day is always going to be an injury risk but just like Spieth he is going to play in all the major events and has the game to be a contender in every tournament he enters. Look for a solid rebound for the 2019-2020 PGA Tour season.

Rickie Fowler – Fowler a sleeper pick? Even though he had a win last year he earned less money over the season. Fowler is perpetually on the cusp of winning a major and he still has a lot of room to go up and enter the elite status.

Kevin Chappell – Many season long fantasy golf players were miffed that Chappell started last year with promise and then went off to have a micro discectomy surgery in November that sidelined him the rest of the year. He will be back this year but he may have a lighter schedule so keep an eye on early results and he could be a great sleeper pick for early DFS lineups to take advantage of.

Beau Hossler – Hossler had a great rookie season in 2017-2018 and then last year suffered a sophomore slump and could never get his game back on track. Hossler had to run back to the Korn Ferry Tour to collect his PGA Tour card for 2019/2020 which he did so now we’ll have to see if he can improve his ball striking enough to regain the talent that he showed his first year. Hossler is one of the best putters on the PGA Tour, now he just needs to get the ball to the green more consistently.

Matthew Fitzpatrick – Finally secured a PGA Tour card but it remains to be seen how many events he plays on American soil this year. Based on his European Tour history he qualifies for most major events and he has a great record on the European Tour so look for Fitzpatrick to make some noise in 2020 in the fantasy golf world.

Matt Kuchar – Like Sergio Garcia, one has to wonder if Kuchar is starting to decline because of his age. He started the PGA Tour year off strong but seemed to fade halfway through the year. He played in just 2 less tournaments than he normally does which could also mean he may be cutting his schedule back. He is still a player that makes most of his cuts when he’s in a tourney and should be able to grind out more earnings than the $1.7 million he made last year.

Joaquin Niemann – Niemann was one of our rookie picks last year and although he had a respectable first year on the PGA Tour, he seemed to struggle until about the summer when his game started to come together. This kid has game and should have a good second year and take his game to the next level in 2020.

Viktor Hovland – Hovland turned pro at the Travelers Championship and went 5-for-5 finishing with four top 20s before the PGA TOUR season ended. He is the most hyped rookie for the 2019/2020 PGA Tour season and you can look for him for both season long fantasy leagues and for DFS games on a weekly basis.

Scottie Scheffler – Two wins and ten Top 10 finishes missing just four cuts on the Korn Ferry Tour. Scheffler was one of the most consistent players and his game will translate nicely on the PGA Tour. Look for him to take advantage of the early season fall schedule when many top golfer are resting and he should make some noise early and make many fantasy players happy with their pick.

Robby Shelton – Not really qualified as a rookie because he’s had a number of starts on the PGA Tour but for our purposes and fantasy golf he is a new tour member that will be playing in as many events as he can to keep his card. He isn’t a long hitter and relies on his irons and short game so he may be a rookie best to target on shorter shot maker courses that don’t rely on a driver to win.

Kristoffer Ventura – Ventura has taken a long route to get to a PGA Tour card but that just means he has more experience than a normal rookie. He really took off last summer which got him his card so even though he has a bright future he will be a boom or bust play week to week and for a season long fantasy golf league you may be best to look closer at the other rookies on the list.

One Reply to “Fantasy golf predictions”