Tim McManus says Jalen Reagor is full of potential, but the safer player, Justin Jefferson, was sitting there for the Eagles. (1:26) 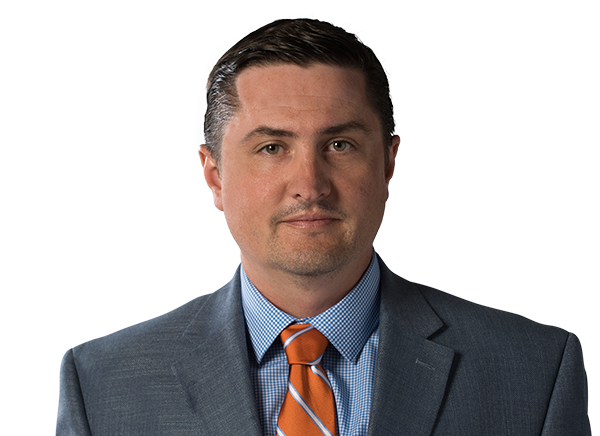 The 2020 NFL draft is in the books, and the Philadelphia Eagles’ draft class is complete.

The draft, which had been scheduled to take place in Las Vegas, was successfully completed virtually from the homes of coaches, general managers and other front-office staff because of the coronavirus pandemic.

Here’s a pick-by-pick look at how each player Philadelphia has selected will fit.

My take: The Eagles made a rather bold move by selecting Reagor at No. 21 with Justin Jefferson still on the board. Reagor is a burner, and that’s exactly what Philly was on the hunt for after slogging its way through much of the 2019 season on offense. Jefferson is projected to play most of his NFL snaps in the slot and does not have the same type of game speed as Reagor, so you can understand why a two-tight-end focused team like the Eagles would go in a different direction. But Jefferson, the NCAA leader in receptions last year, is the more proven, polished prospect, making this a bit of a gamble.

A drop in production: Reagor finished with 43 catches for 611 yards last season after a 72-catch, 1,061-yard performance the year prior. Much of that is attributed to spotty quarterback play. According to ESPN Stats & Information research, Reagor’s 47% catch rate last season was third worst in the FBS — not ideal, even if he did have some things working against him.

Special-teams fireworks: Reagor had two punt return touchdowns in 2019, tied for the most in the FBS. He should be able to provide an instant spark on special teams. He also brings versatility to the offense, having lined up at all the receiver positions during his time at TCU, and can be featured on jet sweeps in the run game as well.

My take: A shocker of a pick that could prove to be smart but might also be dangerous. The Eagles believe in investing heavily in the quarterback position, and that certainly paid off when Nick Foles stepped in for an injured Carson Wentz and finished the 2017 Super Bowl run. But taking a QB this high invites speculation and could lead to controversy, assuming all QBs remain on the roster. Philadelphia just gave Wentz a four-year, $128 million extension in June. Coach Doug Pederson certainly could get creative and find a role for Hurts, who not only threw for 32 touchdowns last season but ran for close to 1,300 yards and another 20 touchdowns. Is the move worth it?

Check out some of the best moments of former Colorado linebacker Davion Taylor’s successful college career.

My take: The theme of the Eagles’ offseason has been speed, and they added some more with the selection of Taylor, a former state champion sprinter who ran a 4.49 40-yard dash at the scouting combine. He wasn’t able to play high school football on Friday or Saturday nights as his family observed the Adventist Sabbath, but he received parental permission to play college ball. He still has a lot of developing to do as a player, but he brings an intriguing skill set to an Eagles linebacker group that could use a shot in the arm.

Check out some of the best highlights that made K’Von Wallace a top prospect for this year’s NFL draft.

My take: The Eagles needed to map out a future at safety, and they drew from the same Clemson program that produced Brian Dawkins to do it. Wallace has 4.53-40 yard dash speed and packs a punch as a hitter. He was used in the “big nickel” role at Clemson — a position that Eagles defensive coordinator Jim Schwartz likes to utilize in his scheme — and was effective as a blitzer. After a head-scratching start to Day 2 with the selection of QB Jalen Hurts, the Eagles open Day 3 with a more expected pick at a position of need.

Take a look at the best blocks from former UMass and Auburn offensive tackle Jack Driscoll.

My take: The Eagles needed offensive line depth with Halapoulivaati Vaitai signing with the Detroit Lions this offseason and Jason Peters potentially leaving as a free agent as well. Driscoll played right tackle at the college level but could slide inside in the pros. The Eagles like players that offer position versatility. Offensive line coach Jeff Stoutland has a good track record of identifying and developing O-line talent, increasing the chances this pick pays off.

My take: Another speed receiver. See a pattern developing here? After drafting Reagor in the first round and acquiring Marquise Goodwin from the Niners, the Eagles go with another burner in Hightower, who has a track background and ran a 4.43 40-yard dash at the combine. He averaged 18.5 yards per catch last season. Hightower has some developing to do but has experience as a kick returner and might be able to contribute on special teams as he gets his feet wet.

My take: The Eagles go local for linebacker help, taking a Temple product in Bradley who finished with 86 tackles, including eight for a loss, last season. He was a core special teamer for the Owls and can help the Eagles in that department while adapting to the NFL level.

Check out some of the best plays that made Southern Miss’ Quez Watkins a player to watch for in this year’s NFL draft.

My take: The Eagles continue to place bets on field-stretching receivers, adding Watkins, who ran a 4.35-second 40-yard dash at the scouting combine and averaged 18.4 yards per catch last season. He led Conference USA with 1,178 receiving yards. Watkins is not a finished product but has tools worth investing in.

My take: He received a medical red flag at the Senior Bowl (knee), impacting his draft stock. A native of Nigeria, he was a late-comer to the sport of football but has natural athleticism to go with a 6-foot-5, 308-pound frame, and the ability to potentially play left tackle on this level.

My take: A second-team All-Pac 12 selection in 2019, Toohill posted 8.5 sacks and 11.5 tackles for loss last season. He is not known as a great run stuffer but shows flashes as a pass-rusher. Defensive coordinator Jim Schwartz will try to draw that out of him more consistently, with the hope he’ll eventually be added to a defensive end rotation that needs some beefing up.