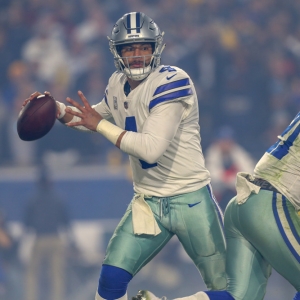 OK, I know what you are thinking already: I’m just going to use my Survivor Pick each week on whomever faces the Miami Dolphins. Well, obviously that’s not possible because the Fins play their AFC East rival Patriots, Jets and Bills twice each. Second, it’s still rather unlikely, even as bad as that team is (and then some after trading top cornerback Minkah Fitzpatrick to Pittsburgh for a 2020 first-round pick), the Dolphins will go 0-16. Perhaps picking against them on the road is a decent idea as it’s sure tough to see them avoiding 0-8 away from South Florida.

It was an incredibly newsy week around the NFL from a quarterback perspective – and one more reason why you shouldn’t “save” any team. The New Orleans Saints you probably don’t want to touch now for at least six weeks with Drew Brees expected to miss that long following thumb surgery. You really want to trust Teddy Bridgewater? The Steelers are toxic and have lost Ben Roethlisberger to season-ending elbow surgery. Fair to wonder if he ever suits up for that team again.

The New York Giants are benching Eli Manning for rookie Daniel Jones, but you were never going to use the Giants anyways. The Jets are down to third-stringer Luke Falk, but Gang Green wasn’t going to ever be a Survivor choice, either. Cam Newton apparently re-aggravated a foot injury in the Week 2 loss and he could miss some time. Don’t touch the Panthers with Kyle Allen under center. Add in Andrew Luck’s retirement in the preseason, and this has been about the wildest month of quarterback news I can remember.

Our top choice last week was obviously New England over Miami, but I played defense and avoided the Patriots just in case. I will admit I was bumped out in one entry of a competition because I picked the Steelers over the visiting Seahawks. Hey, you can’t predict injuries. Arizona put a scare into Baltimore in Week 2, and Jacksonville by all rights should have won in Houston as a nearly double-digit dog. Overall, though, no major upsets.

Nine teams are 2-0, the first time since 2015 at least nine have begun the season that way. Buffalo would be the most surprising of the nine. Here’s a look at Week 3, which is the last without byes for a while. The team listed first is my choice.

16. Miami at Dallas: I mean, I can’t even give you a good reason not to take the Cowboys. If I’m a Dolphins player, why do I even try when the front office is trading off all the good players? Will I be taking the 21.5 points here? I will, but no way the Fins pull the upset.

15. NY Jets at New England: It’s the first time in more than 30 years that we have two teams favored by at least 20 points. It won’t be the last time the Pats will be in 2019. The Jets were laughably bad on Monday night, and with Sam Darnold still out and Trevor Siemian lost for the year are down to Falk, the 2018 sixth-rounder out of Washington State who had never even been active for a game prior to Monday.

14. Minnesota vs. Oakland: I can tell the Vikings are going to be one of those teams that look dominant at home all year but very iffy on the road. A tough 10 a.m. Pacific time start for the Raiders, but, hey, Jon Gruden is up at like 3:11 a.m. every day.

13. Green Bay vs. Denver: I’ll be rooting hard here for the Broncos to pull the upset, but that offense just isn’t any good behind Joe Flacco. Maybe this is close simply as Denver head coach Vic Fangio at least knows Aaron Rodgers’ tendencies from Fangio’s days as Chicago’s DC.

12. Philadelphia vs. Detroit: Typical Lions. Choke away a sure loss in Week 1 against a bad team but then upset a good team in the Chargers in Week 2. The Eagles look a bit flawed in the early going and are banged up a bit but won’t lose at home.

10. San Francisco vs. Pittsburgh: Not that long ago, the Steelers had Roethlisberger, Le’Veon Bell and Antonio Brown – all Pro Bowlers. Now they are all gone. Maybe this will work out with Mason Rudolph like it did with Tom Brady in 2001 replacing an injured Drew Bledsoe in New England. Yeah, probably not.

9. Tampa Bay vs. NY Giants: It’s not that I’m all that confident on the Bucs, but they are on extra rest and I highly doubt that the Giants’ Jones is as good as he was this preseason (although I hope so as he’s in my dynasty fantasy league).

8. Kansas City vs. Baltimore: The marquee matchup of Week 3 between MVP candidates in Lamar Jackson and Patrick Mahomes … both of whom the Bears could have had. Sigh. Chiefs win a thriller at home.

7. Chicago at Washington (Monday): I’ll be the first to admit that the Bears were gifted their Week 2 victory in Denver by the officials. Still, I’ll take it! And I’m referring to Eddy Pineiro as Eddy Money from now on! (too soon?)

6. Indianapolis vs. Atlanta: Jacoby Brissett isn’t too bad after all. If not for the woes of future Hall of Fame kicker Adam Vinatieri – who apparently isn’t retiring after all – the Colts would be 2-0.

5. Seattle vs. New Orleans: The Brees injury completely alters the landscape of the NFC … and destroys my fantasy team (my backup was Roethlisberger). I think the Saints will tread water under Bridgewater but not win in Seattle.

4. LA Chargers vs. Houston: One of two Week 3 matchups featuring 2018 playoff teams. I’d simply like the home team due to the fact that Deshaun Watson is going to get knocked out of a game sooner or later with all the sacks he’s taking.

3. LA Rams at Cleveland: Short week for the Browns after their win at the Jets. I watched all of that, and the Browns aren’t the Super Bowl contender many thought – at least not yet. Too many dumb mistakes.

2. Jacksonville vs. Tennessee (Thursday): Jaguars have yet to score 17 points in the past four meetings, but I’m on the Gardner Minshew bandwagon only because I wish I had his facial hair.

1. Arizona vs. Carolina: If Newton plays, take the Panthers here in what would be a matchup of former Heisman winners drafted No. 1 overall. If he doesn’t, go Kyler Murray and the Cardinals.

Want free NFL picks? Doc’s has you covered. New clients can take advantage of this great offer of $60 in free Doc’s Sports members’ picks for any handicapper on Doc’s Expert Handicapper list. Just check out these guys’ pages and see what great work they have done making money for themselves and their clients over the years. Get $60 worth of premium members’ picks free . Also, get three handicappers for the price of one when you sign up for a full-season football package! Click Here for details . Get free NFL picks weekly on Doc’s Sports free football picks page.