When betting each-way on golf, it’s important to know that dead-heats are extremely common. There can of course only be one outright winner – except in extremely unusual circumstances – but it’s quite possible that a big share of second, third, fourth, fifth, sixth, seventh or even eighth will affect your payout.

When players dead-heat, they effectively share places. A good example is the 2015 WGC-Bridgestone Invitational, where four players tied for sixth which, were six places on offer, would’ve altered bet settlement. 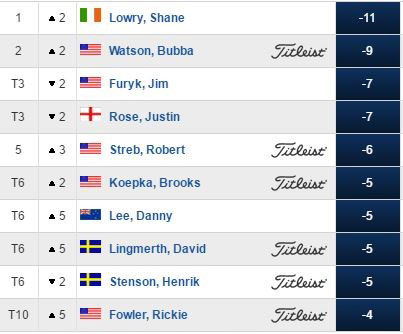 As you can see, David Lingmerth, Danny Lee, Brooks Koepka and Henrik Stenson all tied on five-under-par – which means they also shared seventh, eighth and ninth.

In this scenario, to work out your payment, simply divide the number of available places by the number of players sharing them. So, to six places, there is one place available and there are four players sharing it – that means a quarter of your stake. An example would be £10 each-way on Lee at 80/1 would become £2.50 on the place part – i.e. 20/1 – resulting in a return of £52.50.

In the next example, there is a slightly more significant complication. 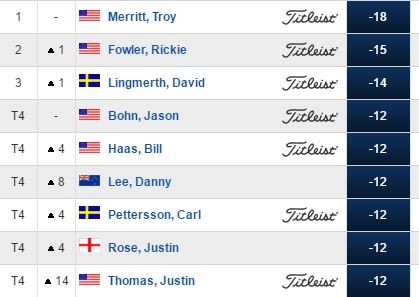 Here, let’s say there are again six places on offer. This time, Justin Thomas, Danny Lee, Bill Haas, Justin Rose, Carl Pettersson and Jason Bohn are sharing those places – but they’re tied fourth, so they cover fourth, fifth and sixth. That’s six players for three places, which means half your stake. Again £10 each-way on Lee at 80/1, this returns £105.

Or else, to make it even simpler, just back the winner!